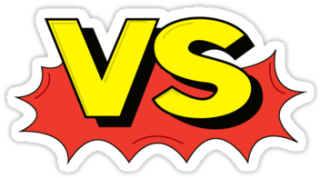 A few weeks ago the tv show The Passage wrapped up its first season finale.  As someone who read the book series, which begins with the book The Passage, I was interested in seeing how the tv show and the book measure up.

I think the writers of the tv show did an excellent job of capturing the spirit of the book.  However, as is always the case of books adapted into tv shows and movies, there were changes made to the story from the book.  While most of the changes made were minor, there were definitely some changes that will create some interesting problems for the writers as the series continues in following seasons.

It is for this reason that I added a writing tag to this post.  I think an interesting opportunity to see how writers write themselves out of corners and problems will be coming in subsequent seasons.  The first season changes some characters in ways that will potentially impact how they can be used or will need to be changed in the future seasons.

Even if you’re not a fan of scifi or horror tv, there will be a chance for anyone interested in writing or the storytelling process to see how writers and storytellers can fix problems created in their own storytelling.  Season two should be interesting.

Freelance artist, writer, and military veteran in St Louis with degrees in English and Education. View all posts by C.W. Reynolds

This site uses Akismet to reduce spam. Learn how your comment data is processed.

Things I Write About

Bite-sized business and economic news for our generation

Discovering the joy of art

The Power of Story

The B&N Sci-Fi and Fantasy Blog

Feel the world through my words

Wine reviews so good, you can almost "taste it" !

Live life in a livable environment.

The Terror of OCD
Happiness Inn

MASTERY OF MY OWN CIPHER

This blog is about sharing inspiration and motivation stories based on real life, imaginary life based on current affairs and creativity

Taking you to places you don't wanna be seen

Being vegetarian and eating greens and salads out is always a risk, it s hard to be 100% sure all you eat is absolutely safe, so take it twice a year to guarantee your body is free from unwanted organism

riyashahweb
The Life of Sophie

where creativity storms on

Hey there, you're not on your own, other people have been there. There are others like you. Trying to break the silence, stigma, the shame around abuse with art.